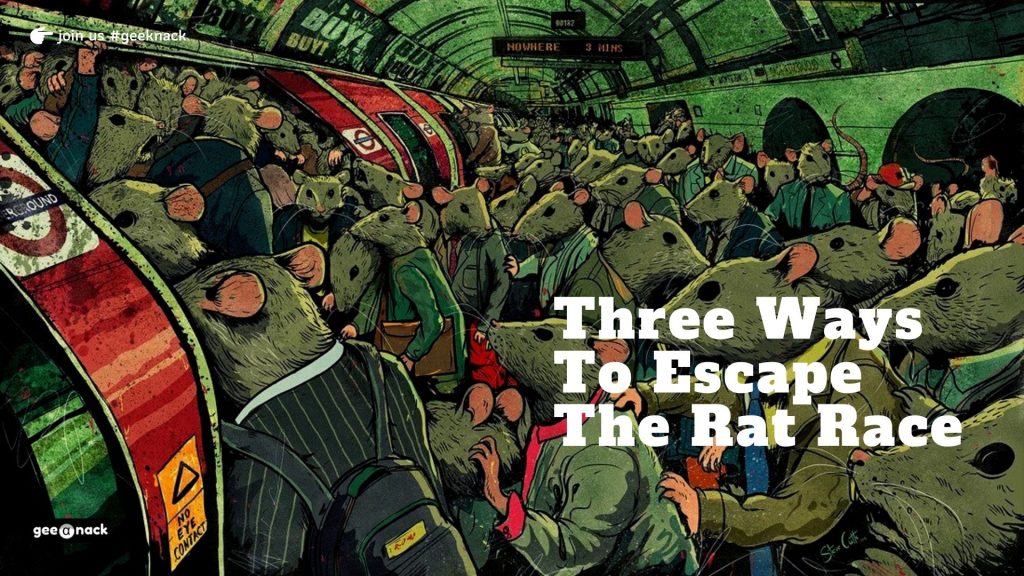 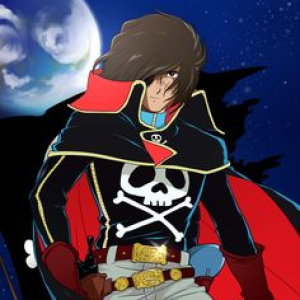 The rat race sucks, doesn’t it? Everyone knows it sucks.  Everyone complains about it . Many people yearn to free themselves from a modern life that is characterized by endless structure, scheduling, bureaucracy, trivialities, and busyness.  But few people ever seem to escape it .

ImportantThe term ‘rat race’ is used to describe the common frustrating financial situation that most people are stuck in. Working more hours, only to lose more time and freedom and losing all of the extra money to taxes.

"The trouble with the rat race is that even if you win, you are still a rat." — Lily Tomlin Click To Tweet

WarningYou are stuck at the same job for years. You are putting in all your time and effort, but barely making ends meet.  You are sacrificing time and freedom for money , only to live from paycheck to paycheck as a frustrating result.

You know that you are not living up to your capabilities  and are not using your full potential. You know there should be more to life than this. You are ready to escape the rat race.

The daily commute has sucked the life out of you.

ImportantThe rat race is that feeling you get when  you are doing work that you don’t like , to pay for things that you don’t need, in order to impress people who don’t care if you live or die.  It’s a brilliantly crafted prison  which allows a small percentage of the population to be fantastically more wealthy than the majority.

It’s devoting your time to projects which do not matter. It’s not being surrounded by motivated people. Being told to  work on something because it’s in vogue . Getting to ask someone permission to go on vacation. To leave early.

It’s hard to feel inspired, energised and motivated by life when you’re caught up in the rat race.

What does escaping the rat race even mean? The short answer is financial independence. The long answer is: the point at which you feel able to do things you really want to do.

Thankfully,  you can wake up and realize that life has so much more to offer you  than the rat cage you’ve been stuck in for so long.

So, let’s not waste anymore time. If you’re ready, let’s plan your escape…

The easiest thing you can do to escape the rat race is to  get control of your personal finances  and reduce all unnecessary spending. Escaping the rat race entails  changing our relationship with money and possessions .

Sound familiar? You end up entering yourself into the rat race, and committing yourself to it for longer than is probably healthy. Life is nothing but a fat rat race!

At some point, the stuff you own starts to own you.

As you start earning more, you begin spending even more, forcing you to bring in ever-increasing sums of cash… The situation keeps on repeating.

“Your choices are made in a moment, and yet their consequences transcend a lifetime.” ― MJ DeMarco Click To Tweet

WarningOur culture of  consumption is often what pulls us into the rat race  in the first place. It is staggering how many adverts we are exposed to everyday. Over time, these forces, combined with social pressure, shape your thinking. You begin to believe that getting more stuff is the answer. That you need an SUV “to be safe”.

ImportantThe trick to escape the rat race? Whatever you spend your money on, make sure it adds to your quality of life. Realize that all those  possessions aren’t bringing you long term happiness .

HacksOne of the first books about personal finance that I ever read was Rich Dad’s Cashflow Quadrant: Guide to Financial Freedom by Robert Kiyosaki. The book has something of a cult following. He explains that each of us falls into one of the following quadrants: Employee (E), Self-Employed (S), Business Owner (B) and Investor (I).

If you talk to a rat who has been running the wheel for years, he’ll tell you that he earns 10 times what he used to, but his quality of life has not improved. The more he works, the more he spends, and the faster his income disappears. If you want to escape this vicious cycle, you must pay yourself first and sock some money away to accumulate for the future.

Workers work hard enough to not be fired, and owners pay just enough so that workers won’t quit.Robert Kiyosaki

Entrepreneurship is another route to escape the rat race.  Being a business owner means you’re no longer working to earn money for somebody else . It put you in the driver’s seat, doing something you’re passionate about.

WarningEven most people that are self-employed are caught up in this trap, as they are too busy working IN their business, instead of ON their business.

J.O.B. stands for Just Over Broke.

ImportantThe best way to create income is through being a business owner.  A business owner is someone that owns a system that runs on autopilot  and produces consistent income, month after month.

ImportantThe reason why the internet is so effective in creating income is because it allows you to  use technology based systems that can run your business . Even if you don’t plan on leaving your current job, you can build an online “side hustle” in your spare time.

Being an entrepreneur gives you unlimited income potential . Actually, your incomes are limited only by your own level of commitment into your business.

Your choice is to either accept this as your fate and continue living in the rat race, or to actually do something about it.

HacksBeing an online entrepreneur requires very little capital, very little risk, and creates the ultimate freedom (especially if you build a lifestyle business). Even better, the nature of  business means you’re solving a problem in the world . You get to make a positive difference in people’s lives as a result.

It would be a very bad idea to just quit your day job.  Your bills need to get paid. Having a steady job will give you time. You want to be able to build your business thoughtfully instead of cutting corners. There’s no need to burn bridges too soon. That would create overwhelming pressure. With a little financial security, you don’t need an immediate cash flow coming in. It’s best to quit your day job when you have a very positive cashflow, preferably multiple streams of income.

The moment you make passive income and portfolio income a part of your life, your life will change. Those words will become flesh.Robert Kiyosaki

This approach basically comes down to  using your money to make more of it . Rather than sitting on a pile of cash, you invest it in things like stocks and shares and/or real estate.

You spend less than you earn and invest the difference.

ImportantAs a result of interest and dividends accruing and being paid out over time,  you can end up making your money work for you , ending up with more than you started with.

ImportantFirst at all, you need to figure out how much you need to make to pay your taxes, hit your “standard of living” goal, and have 40% extra beyond that. Having 40% extra to put toward an income producing asset is your “for sure” ticket to escape the rat race.

You will want a steady stream of money that you can put at risk to generate more money.

Once you’re making more than you need for your standard of living goal,  start dumping that extra money into income producing assets : your online business, stocks, real estate and so on.

That way you can make your money work for you and will never be forced to work for money anymore.

HacksWhat about Royalty Income? Consider the stream of  passive income generated through creative works . These creative works are licensed through a publisher or marketplace that handles fulfillment and other customer engagement on their author’s behalf. Stephen King has amassed a fortune from the dozens of books and screenplays he’s written over the course of his career.

You can build then sell a startup (or being a very early employee with significant stock options). This doesn’t necessarily mean Zuckerberg-level success, but we are talking about the sort of business that gets acquired for many millions of dollars. This option is the classic “high risk, high reward” choice. Most startups fail. Those that succeed become can generate enormous profits. 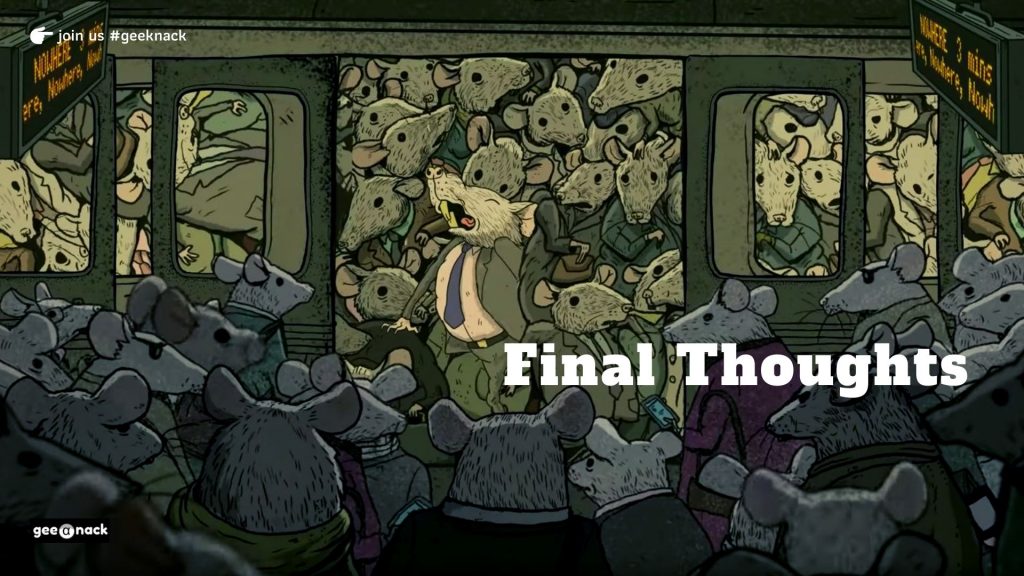 Getting out of the rat race starts first by  believing you can make it happen  and keeping an open mind to the process. It requires patience, but a sense of urgency as well.

ImportantIf you feel the pain of the rat race and find yourself wishing for a different day, then  take control of your life  by thinking carefully about the advices in this post.

Escaping the rat race will not fall into your lap.

If you really want to do this,  you will have to 10X your actions . Even if you’re following your passion, it will take a serious effort and commitment to pull it off.  You might feel very motivated at the start. But motivation will only get you so far.

"Just because it is a rat race does not mean it is okay to be a rat." — Linda Ellerbee Click To Tweet

ImportantAs you journey,  enjoy the moments . Once you escape the rat race, you’ll be able to move freely and appreciate the world around you without getting dizzy.

Life is a journey, not the destination, and you don’t want to spend that journey on a treadmill going nowhere.

I sincerely hope this article was helpful to you and will get you on your way to escape the rat race!  If you want to  become a wolf after being a sheep  all of your life, I wish you the best of luck!  And remember: never ever reduce your target!

If you’ve got any tips yourself, be sure to leave it in the comments for your fellow readers!

Let’s propel your leadership to the next level!

Subscribe to our newsletter for the latest news straight into your inbox. 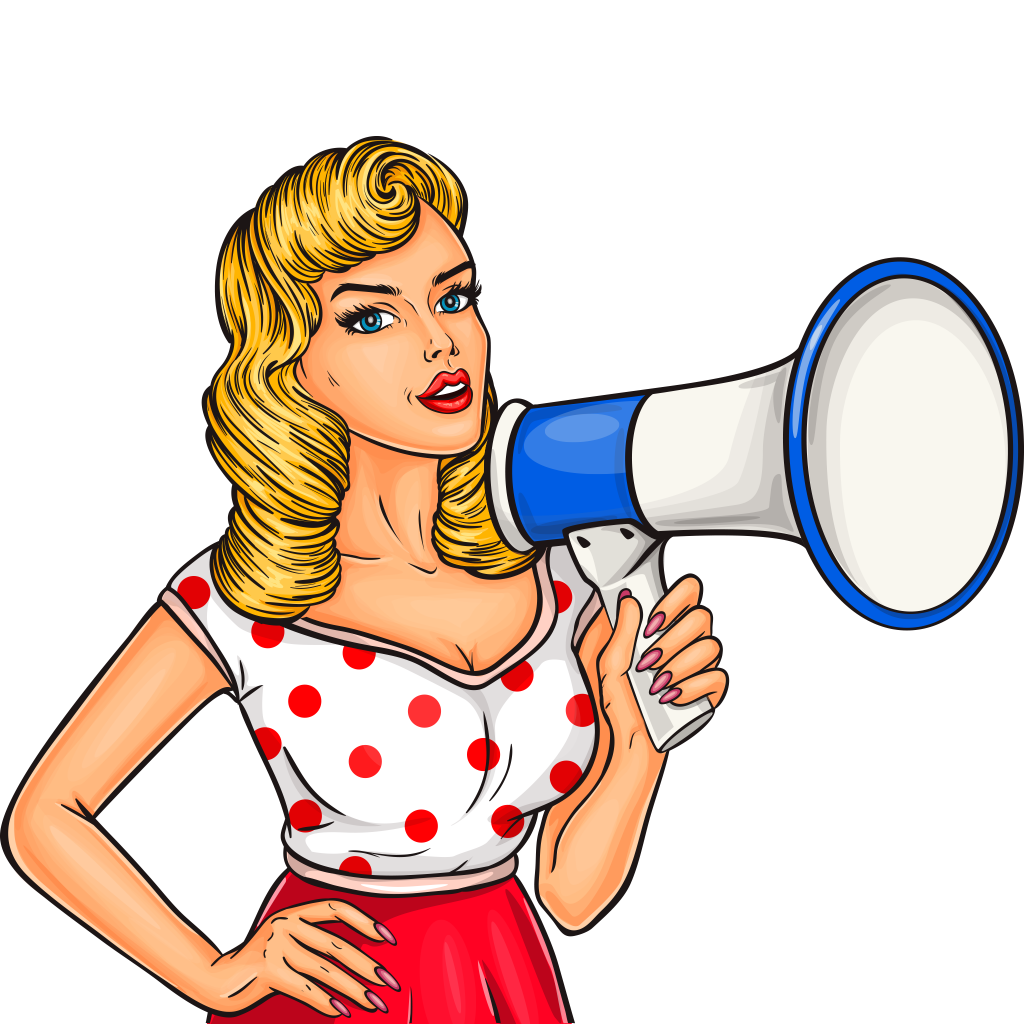